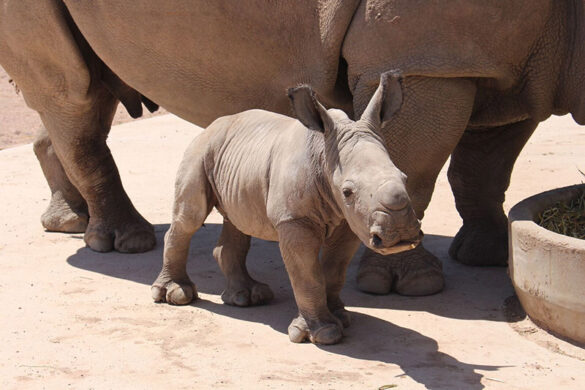 Taronga Western Plains Zoo in Dubbo, Australia recently welcomed a baby white rhinoceros to their family. The female calf was born in the early hours on December 19 to experienced mother Mopani.

Zoo keepers named the baby rhino Kamari, which is Swahili for “moonlight.” 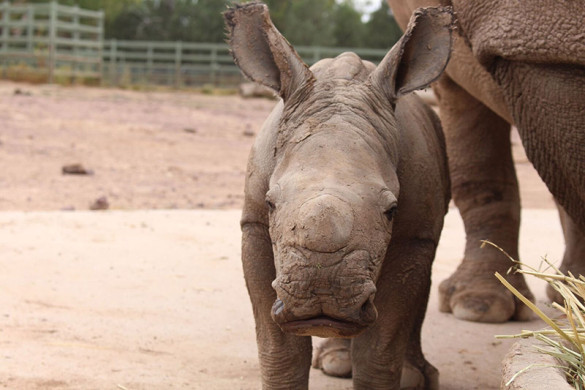 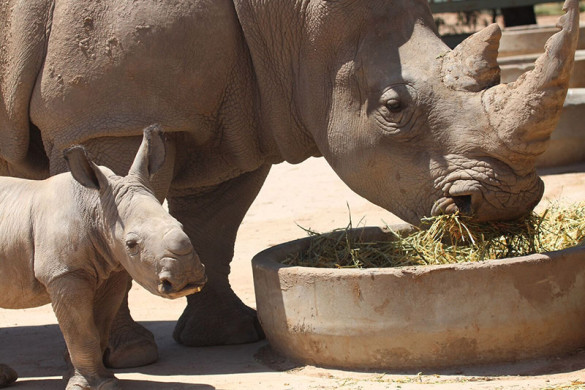 Taronga actively supports conservation efforts for wild rhinos in Africa, Indonesia and India, including providing funds and support for habitat protection and reforestation, anti-poaching and rhino protection units and reduction of human-rhino conflict. They’re also a founding member of the International Rhino Foundation.

Busch Gardens Tampa welcomed a female southern white rhinoceros calf on October 16. The calf is healthy and is currently being cared for by experienced mother Kisiri with the Busch Gardens animal care team watching closely. 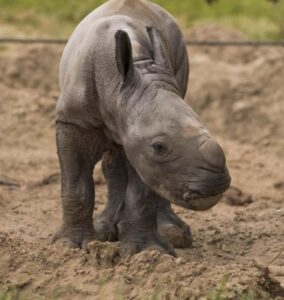 Newborn white rhinoceroses usually weigh about 150 pounds and can gain four pounds every day for the first year. White rhinos are the second largest land mammal after the elephant and can weigh as much as 5,000 pounds when fully grown.

The southern white rhinoceros is classified as a near-threatened species with just over 20,000 left in the wild, according to the International Union for Conservation of Nature and Natural Resources (IUCN). 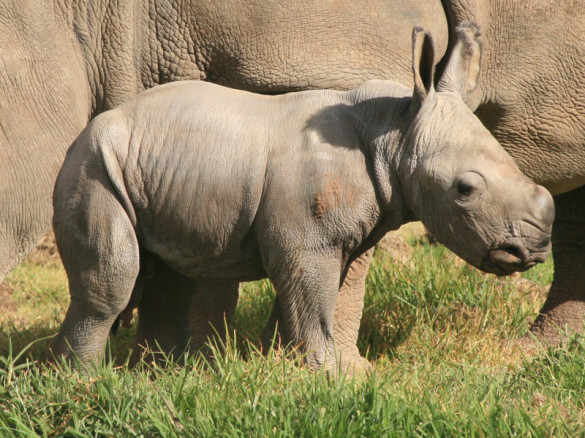 Said Senior White Rhino Keeper, Pascale Benoit, “Everyone is just over the moon with the arrival of the white rhino calf, especially given the tragic of the loss of four members of this herd to disease last year, and the plummeting numbers of all rhino species in the wild.

“This calf is not only an important birth for Taronga Western Plains Zoo, but for the species as a whole. Mopani [the new calf’s mother] had never bred before so to produce an offspring has created a new genetic line and greater genetic diversity within the White Rhino population throughout Australasia.”

In Africa, wild white rhinos are threatened by poaching. Nearly 2000 rhinos have been slaughtered since 2006. 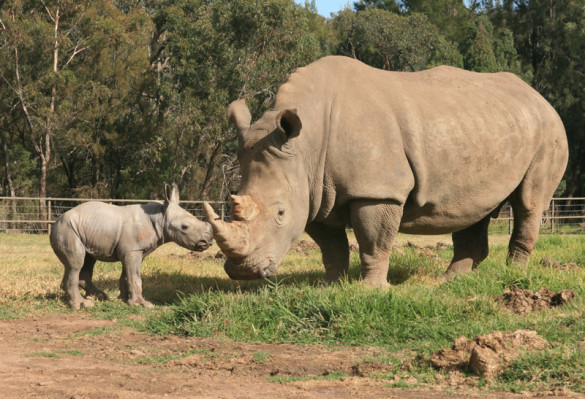 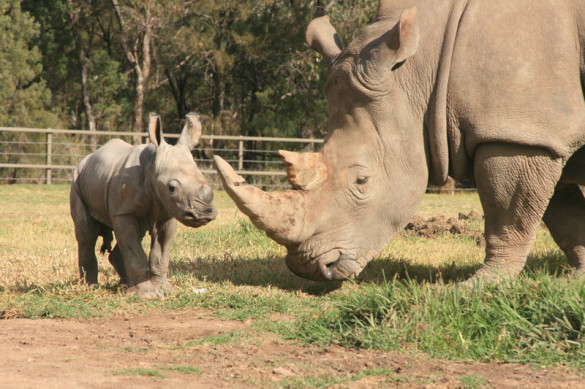 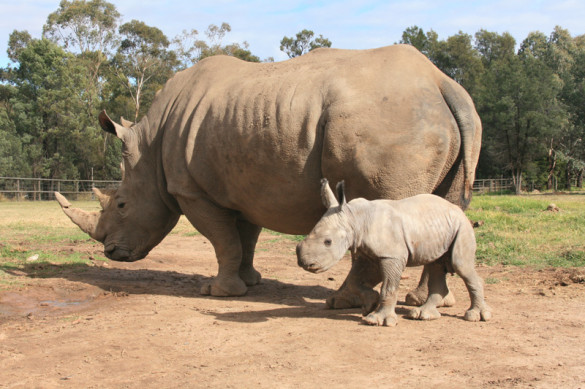