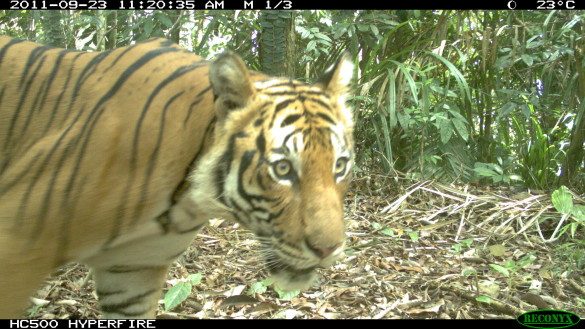 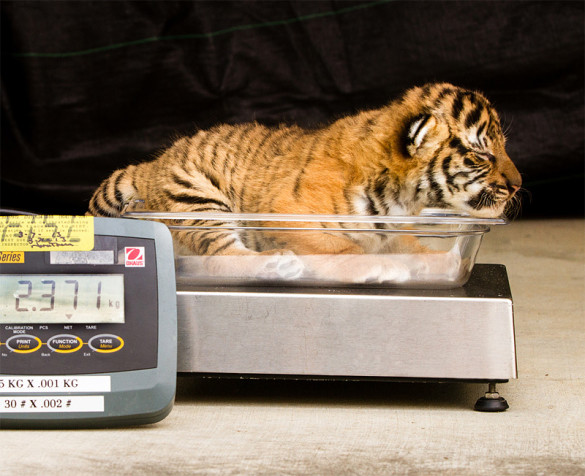 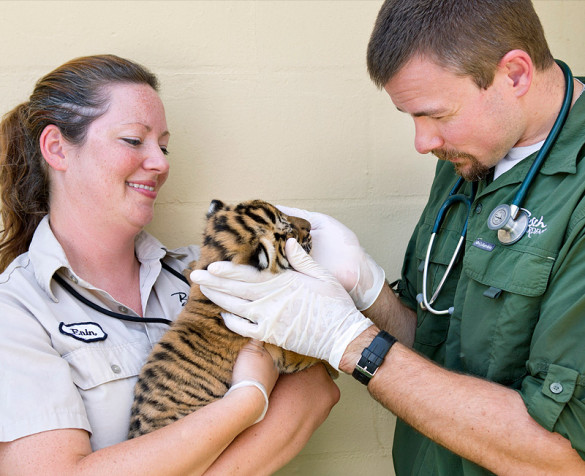 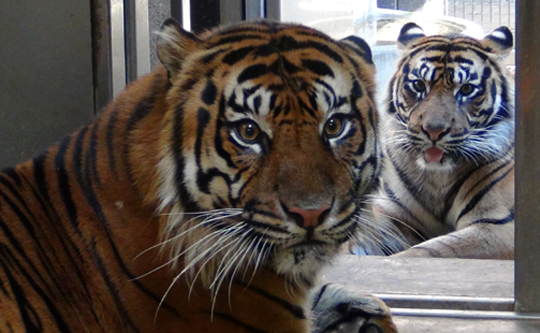 Kavi and Damai are the National Zoo’s resident Sumatran tigers.

Will Kavi and Damai hit it off? Will we see babies in the near future? The Tiger Diaries takes you behind the scenes at the National Zoo, following the lives of their resident Sumatran tigers, Kavi and Damai. 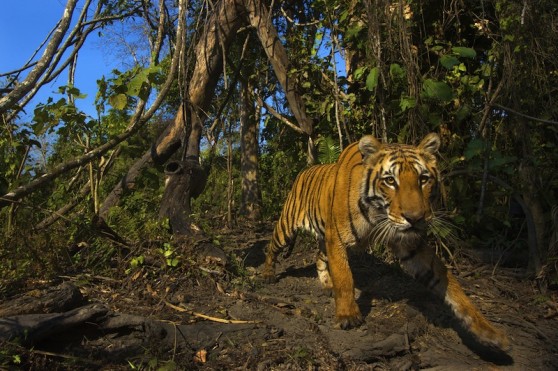 From April 3-9, National Geographic Channel is hosting Expedition Week, which features 13 new programs over 7 days taking viewers to never before-seen-places all over the world.

Two of the programs feature stories about tigers:

Go in search of an undiscovered tiger population rumored to be hidden in the Himalayan kingdom of Bhutan.  This pristine country of lush forests, clear rivers and icy mountains could hold the key to safeguarding the future for these big cats.  But first, the team must trek across Bhutan’s wildest terrain and face its extreme weather — pushing the expedition to its very brink.  With cameras strategically placed, the team is closing in on capturing key evidence of the tigers said to be living here.

Watch a clip of the team reviewing footage from the camera traps they set around Bhutan:

TIGER MAN (Friday, April 8 at 10 PM ET/PT)
A seemingly impossible dream: to create a new population of wild tigers outside their natural habitat. One man, John Varty, did just that. Starting with two young, zoo-born tigers, Varty now has more than 15 tigers at his Tiger Canyons reserve, and has used ever-present cameras to document two years of their lives. Whether mating, birthing or hunting, Varty shows these magnificent tigers with remarkable, “up close and personal” detail. His methods can be controversial, but it’s a gripping, intimate look at tigers as never seen before.

Watch as one of the tigers, Shadow, gives birth:

Catch these stories and more April 3-9 on the National Geographic Channel.

Tiger cubs at the Bronx Zoo pounce and bounce through the snow during their first blizzard.

The Denver Zoo announced that their four new Amur tiger cubs have a clean bill of health. Born May 31st, the quadruplet cubs were the first of this endangered species to be born at the zoo since 2003.

Amur tigers (or Siberian tigers) are the largest cats in the world. They reside in a small region in the southeast region Russia and are also located in small numbers in China and North Korea. There are only around 400 Amur tigers left in the wild, and they are considered endangered by IUCN’s Red List. One cause of their dwindling population is loss of habitat due to deforestation. In addition, Amur tigers are poached, or illegally hunted, for their fur and for body parts that are used for traditional medicines.

Learn more about the new tiger cubs at the Denver Zoo website. 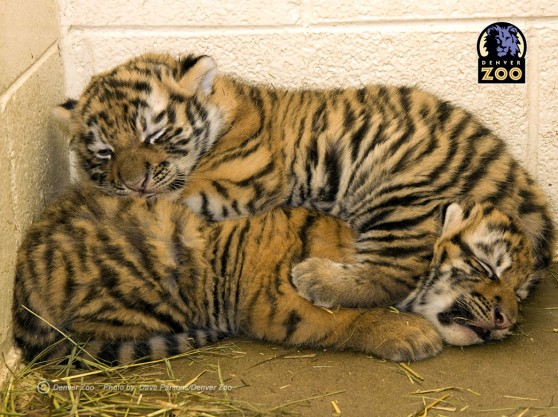