On March 12, Imani, an 18-year-old gorilla at the San Diego Zoo, gave birth to a 4.6 pound baby via caesarian section. The infant was treated for pneumonia and other complications after birth at the animal hospital.

But 12 days later, baby and mama were reunited!  Imani immediate cradled her baby in her arms and has been doting on the newborn ever since. 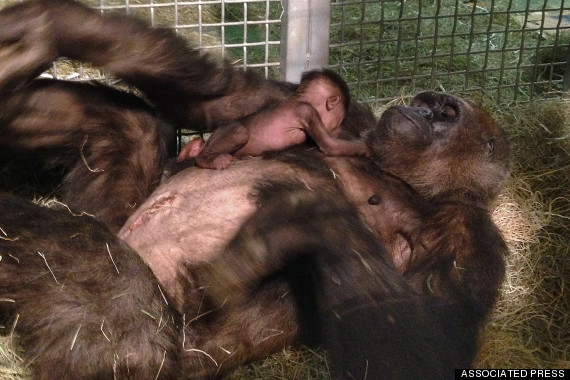 Here’s an adorable video of Xiao Liwu, a six-month old panda cub at the San Diego Zoo, wrestling in the snow with mom Bai Yun.  This was Xiao Liwu’s first experience with snow!

Xiao Liwu is the San Diego Zoo’s 4-month-old panda cub.  All the activity and excitement of his latest examination make him a little sleepy. Take a look! 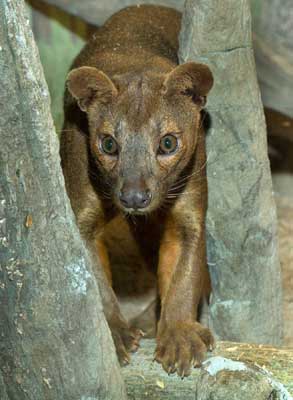 Madagascar is known for its unique animals, one of which is the carnivorous fossa. The fossa is related to the mongoose and weighs about 20 lbs. Fossas have tails just as long as their bodies, about 2 and a half feet, which help them balance while climbing trees. Despite this relatively small size, the fossa is the largest mammalian carnivore on the island.

The fossa that has recently joined the Denver Zoo comes from the San Diego Zoo. He is four years old and named Dorian.

Read more about Dorian and see additional photos at KDVR.com. 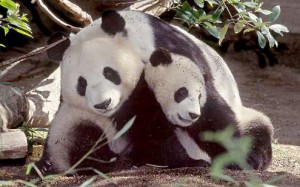 Although it was possible that she would give birth to twins, it appears that she will not give birth to the second cub. Pandas have the ability to reabsorb a fetus if it is not fully developed.

Read more at the LA Times. 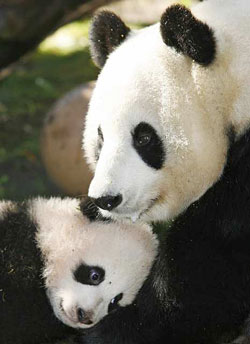 It has recently been confirmed that Bai Yun, a giant panda living at the San Diego Zoo (on loan from China’s Wolong Giant Panda Research Center) is pregnant!

An ultrasound showed that Bai Yun is currently carrying two fetuses, so it is possible she will give birth to twins. 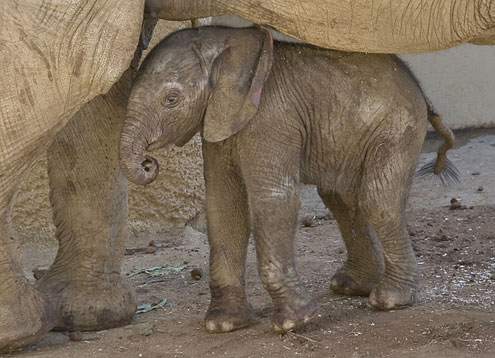 A male African elephant calf was born on Friday at the San Diego Zoo’s Wild Animal Park. Weighing in at 220 pounds, the baby elephant will be observed for a few days before joining the rest of the herd, which includes four other elephant calves.

The world’s largest land mammals, African elephants can grow as large as 3.3 m (10 ft.) at the shoulder and 6000 kg (6.6 tons).  They are considered near threatened by the IUCN as poaching and urban sprawl pose massive threats to their survival in the wild. 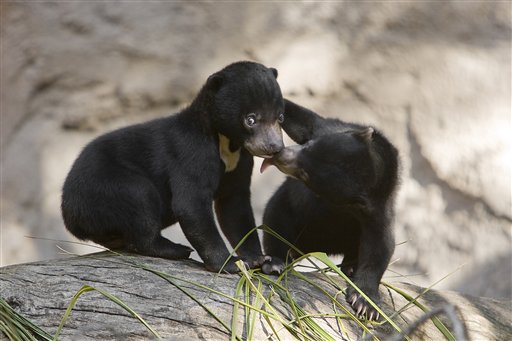 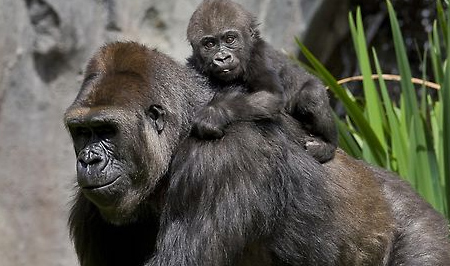 Frank, the baby western lowland gorilla born last September at the San Diego Zoo, finally arrived in the public eye. His aunt Ndjia made sure the baby felt safe in the gorilla habitat.

Other recent western gorilla births include the baby gorilla whose mother rejected him at the San Francisco Zoo and the gorilla who was born in view of spectators at the National Zoo.