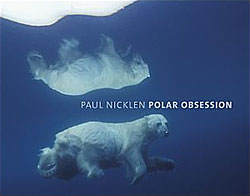 Often Nicklen was exposed to harsh conditions while on expeditions, many times risking his life to attain his captivating images.  Yet Nicklen relayed these powerful stories while interjecting humorous remarks.  His anecdotes were hugely entertaining and inspiring.  He spoke of his up close encounter with an enormous female leopard seal who tried to feed him penguins.  At one point, the seal had placed a dead penguin on his head waiting for him to eat it, and he’d continued to take photos of her with the lifeless bird resting there, all the while tearing up with laughter. In the photo, you can see the penguin’s feet at the top of the frame.

Throughout his talk, Nicklen stressed the simple truth that man-made climate change is negatively affecting both polar regions.  The dramatic loss of the polar ice has an enormous impact on entire ecosystems.  It starts with the microorganisms that inhabit the multiyear ice (ice that builds up over several years).  These phytoplankton are eaten by zooplankton, and in turn they are consumed by fish. Next in the chain are larger animals such as whales and seals.  Without the ice, the phytoplankton cannot thrive, and the ripple continues throughout the chain.  Many of the animals towards the top of the chain, such as polar bears, also rely on ice for breeding and hunting.

In light of this sad situation, Nicklen urged the audience to get involved in conservation, to start a revolution and save these ecosystems.

To learn more about Nicklen’s work and view his amazing photographs, purchase his book Polar Obsession. It contains many of the stories behind his photos. 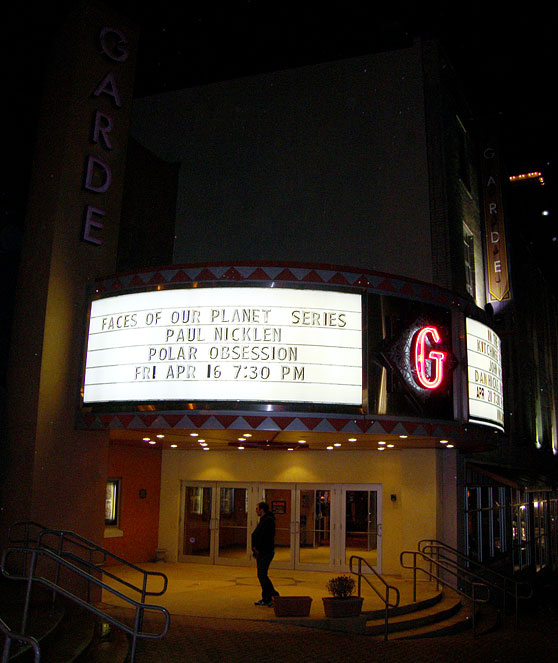