A blizzard swept across much of the eastern United States today. Tian Tian, a resident giant panda at the National Zoo in Washington, D.C., took advantage of all the fun snow.

Bei Bei will be on public display, along with his mother and big sister Bao Bao, on January 16.

To learn more about Bei Bei, see the National Zoo website. You can also watch him on their live streaming panda cam.

Learn more about pandas at our giant panda facts article. 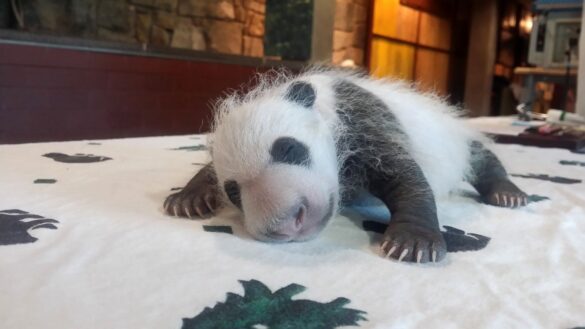 The tiny baby panda born at the National Zoo on August 22 is starting to look like his dad Tian Tian. At four weeks old, the baby now weighs two pounds and has developed markings in a similar pattern to those of his father.

The little tyke still sleeps most of the day, which is normal for a panda of this age. In the next few weeks, he will start to open his eyes.

Watch a video of the baby’s veterinary exam here:

You can follow the progress of the baby giant panda at the National Zoo’s website or with the hashtag #PandaStory on social media. 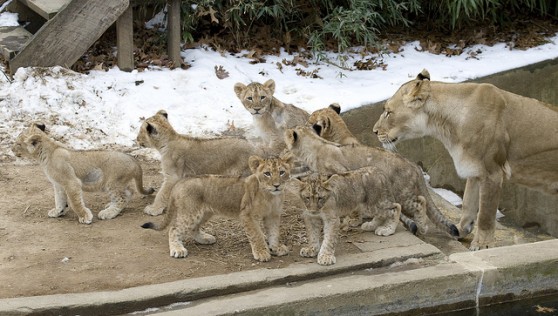 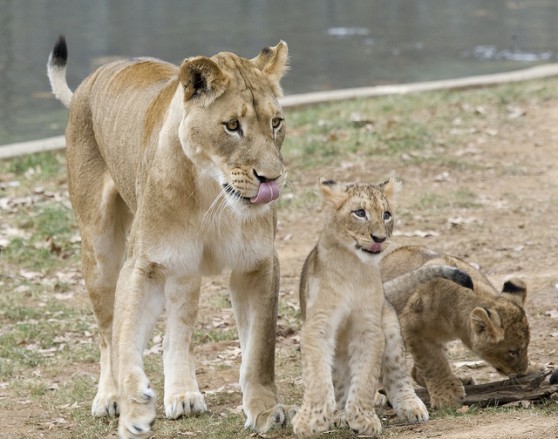 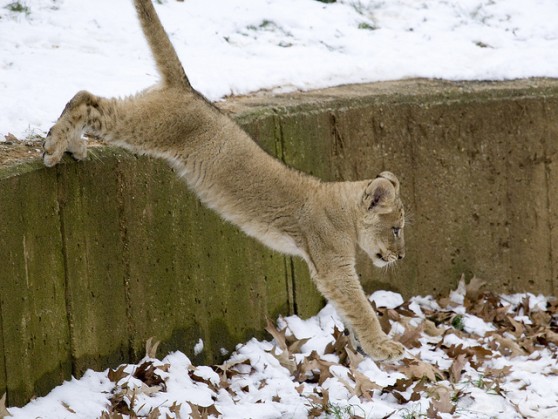 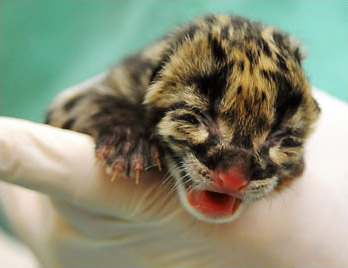 Against all odds, two clouded leopard cubs were born at the National Zoo’s Conservation and Research Center in Virginia.

In captivity, these endangered leopards usually give in to murderous tendencies during the breeding process. Either the male will kill the female when placed together to mate, or if mating is successful, the mother leopard will kill her cubs accidentally or intentionally.

But yesterday, caretakers discovered the two cubs with Jao Chu, the mother leopard. The babies will be hand raised by zookeepers to guarantee their safety and survival.

In the wild, clouded leopards are native to southeast Asia. Their population has dwindled due to hunting for their pelts. 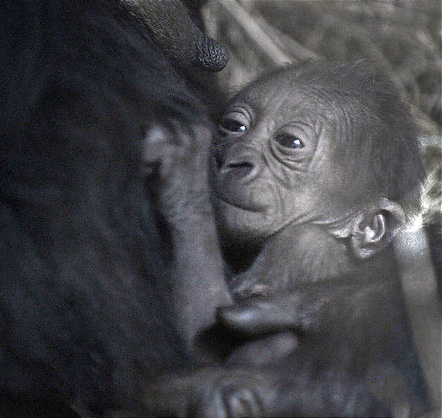 While zookeepers in San Francisco were training a surrogate mother for the abandoned western lowland gorilla born there last month, another baby gorilla was born at the National Zoo in Washington, DC.  The newborn arrived in full view of spectators and a zookeeper last weekend.

In the wild, western lowland gorillas inhabit West and Central Africa where they are critically endangered. 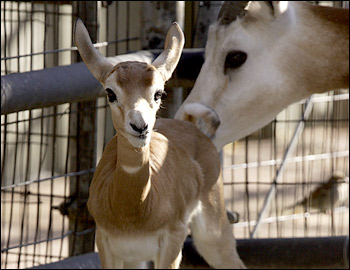 The National Zoo in Washington, DC has announced the birth of a female dama gazelle.  The female joins her mother and several others at the zoo. In the wild, the dama gazelle is critically endangered with only 500 left in the world.