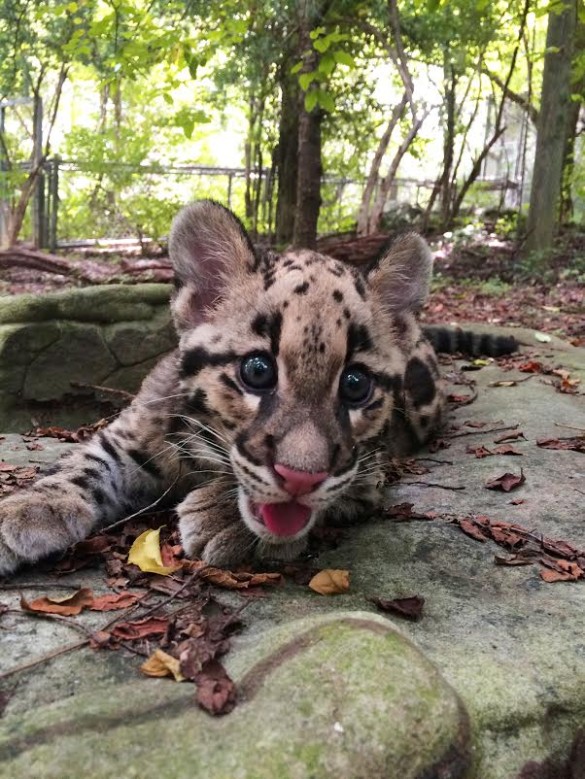 Two clouded leopard cubs born in March are making public appearances at Nashville Zoo every Tuesday, Thursday, Saturday and Sunday from 10:30-11:30am. Visitors can view the cubs, named Sip Saam and Natida, at the lynx exhibit.

“It’s been several years since we have exhibited clouded leopard cubs, so I know the public is anxious to see them,” said Karen Rice, carnivore supervisor at Nashville Zoo. “At nearly four months old, Sip Saam and Natida enjoy exploring the habitat, climbing trees and chasing one another around.”

Clouded leopard conservation and captive breeding is difficult because the cats are reclusive (or solitary) and male clouded leopards have been known to attack and kill potential female partners. At Nashville Zoo, animal care staff hand-raise cubs and introduce them to mates at a young age. These practices help improve the success rate of the program. Since 2009, the zoo has successfully raised 24 clouded leopards who have gone on to zoos worldwide.

In the wild, clouded leopards are considered vulnerable of extinction due to deforestation, poaching, and the pet trade. 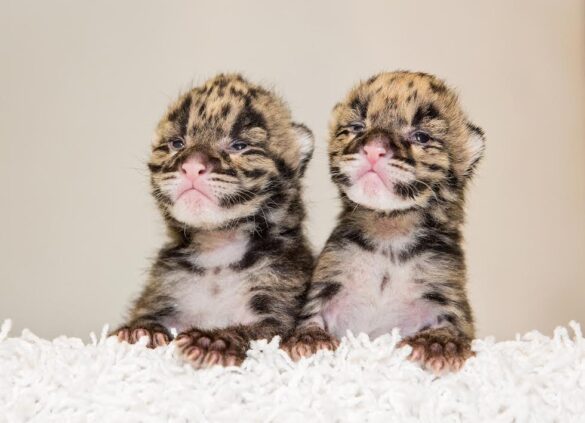 Nashville Zoo is proud to announce the births of two clouded leopards born March 13 and March 18. The cubs, both female, are doing well and are being hand-raised together.

“Nashville Zoo is on the forefront of clouded leopard care and conservation,” said Karen Rice, carnivore supervisor. “The births of these two cubs aids in our conservation efforts and benefits the long-term plan to create a sustainable captive population.” 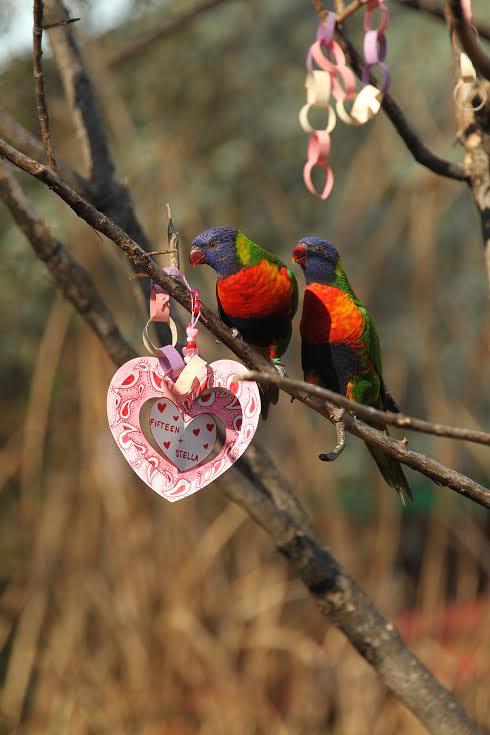 Are you celebrating Valentine’s Day tomorrow? The animals at Nashville Zoo will be enjoying the day with special enrichment items!

“Valentine’s Day is a chance for our animals to receive new items and toys for enrichment, and for our keepers to have a little fun, ” said Jac Menish, curator of behavioral husbandry at Nashville Zoo. “Cardboard in the shape of candy kisses, purple and red paper mache balls, and pink paper chains are just a few of the sweet items the animals will be enjoying during the day.” 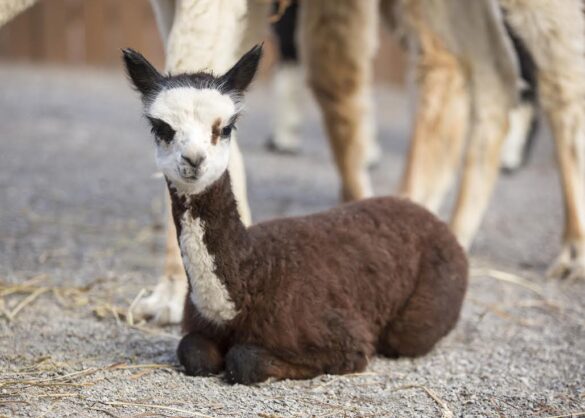 On December 13, Nashville Zoo welcomed a baby alpaca into the world! The male calf, named Bandit, is the first baby alpaca to be born at the zoo.

“Based on the mother’s weight gain, we had predicted the baby would be born in spring, so his arrival on a December Saturday morning was quite a surprise,” said Kacie Cummings, Contact Area Supervisor. “We are thrilled that baby Bandit is healthy and on exhibit with the rest of our alpacas.”

The baby now weighs 14 pounds and stands at 2 feet tall. He will be on exhibit at Critter Encounters, an interactive area where guests can get up-close experiences with goats, camels, Galapagos tortoises, and birds, throughout the winter. 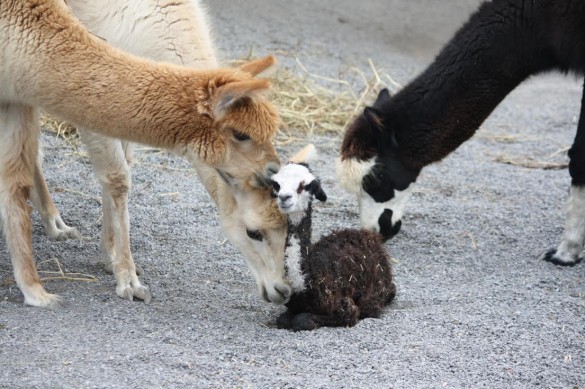 Alpacas are domesticated animals native to the mountains of South America. 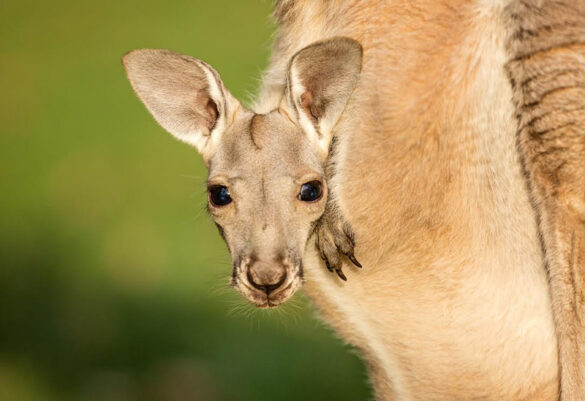 Kangaroo joeys are popping up left and right at Nashville Zoo! Up to six of the zoo’s nine female kangaroos are carrying joeys, and now many of the little ‘roos are old enough to peek out from their mothers’ pouches.

“We have been waiting with anticipation for a joey sighting since confirming the first pregnancy in April,” said Kacie Cummings, Contact Areas Supervisor. “Our joeys range in age from one month to six months, so getting the opportunity to see them at the different stages of development throughout the next year will be exciting for our guests.” 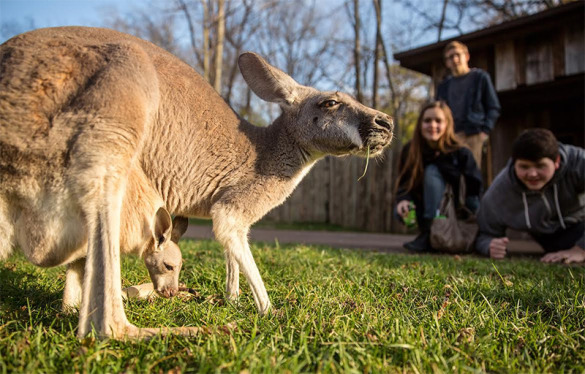 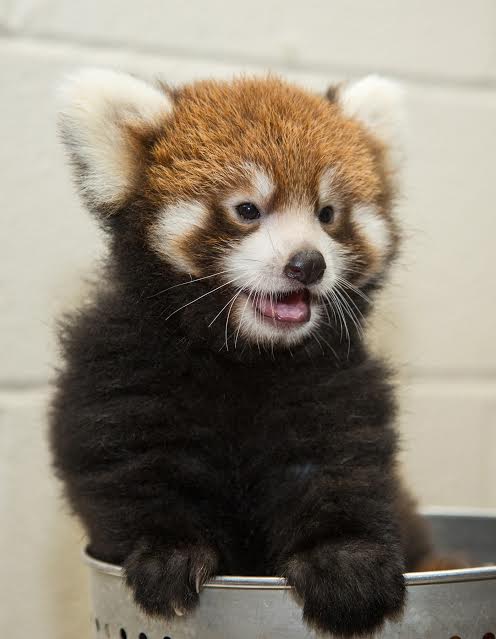 On July 3rd, Nashville Zoo welcomed a new fuzzy face- a female red panda cub! Both the cub and her mother are doing well in their off exhibit den.

“This is the first birth of a red panda at Nashville Zoo, so it is certainly cause for celebration,” said Karen Rice, carnivore supervisor. “Though the cub can’t be seen on exhibit right now, we hope she will make her debut this fall and bring attention to the fight to save this species.”

Red pandas are considered vulnerable of extinction. In the wild, they inhabit the mountains of central China, Nepal, and northern Myanmar.  Threats to their survival include habitat loss and high infant mortality rates.

The Nashville Zoo’s red panda pair are part of AZA’s Species Survival Program, which is a breeding program that aims to produce a self-sustaining, genetically diverse captive population.

For more information about the red panda cub, visit the Nashville Zoo’s blog. 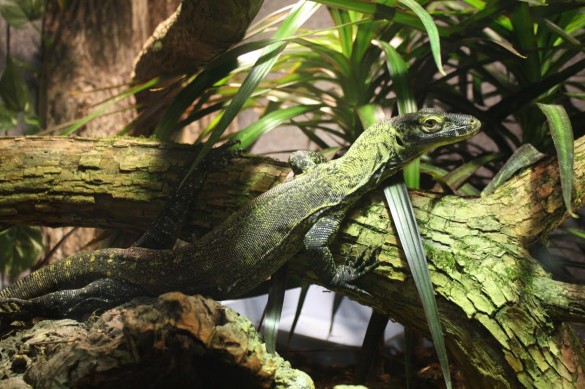 In the wild, Komodo dragons live in the volcanic islands of Indonesia.  They are carnivorous apex predators, which means they are at the top of the food chain with few to no other predators.  In one meal, they can eat 80% of their body weight (over 100 pounds of meat!).

Fewer than 2,500 Komodo dragons remain in the wild, and the IUCN considers them vulnerable. Threats include habitat loss, loss of prey species, hunting, and persecution. 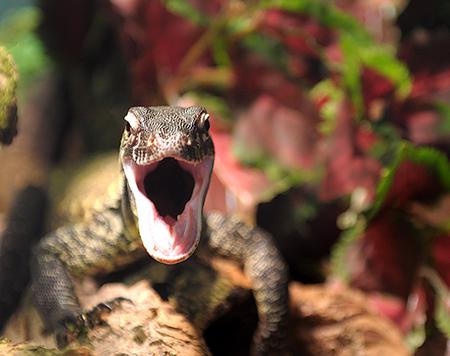 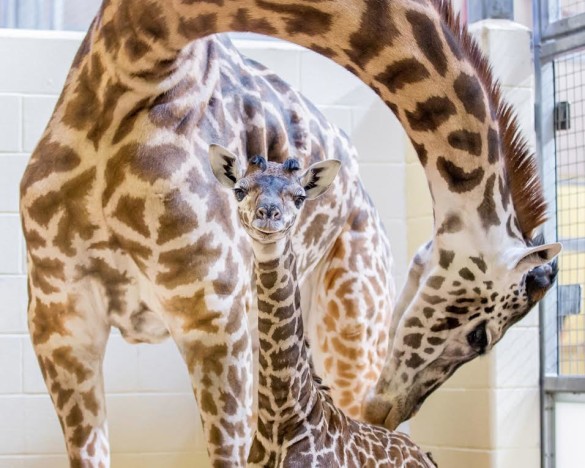 In the early morning hours of December 13, a female Masai giraffe was born at Nashville Zoo!  At birth, the calf was already 6 feet 5 inches tall and weighed 180 lbs.

Masai giraffes are one of nine different sub-species and are known for their oak-leaf shaped spot pattern. They are native to the savannas of Kenya and Tanzania in Africa. 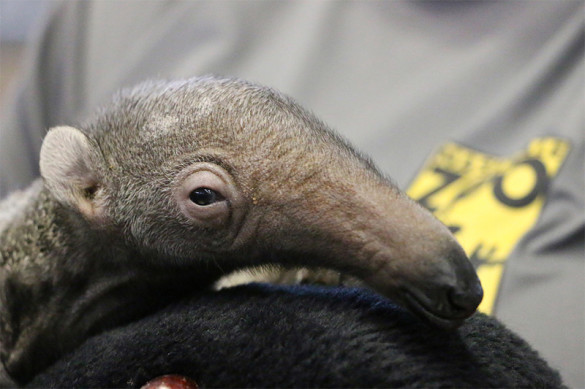 Nashville Zoo has been active in anteater conservation for 15 years. This is the fifth anteater birth for the zoo in the last 13 months.

In the wild, giant anteaters inhabit the tropical forests of Central and South America. They are considered vulnerable of extinction by the IUCN. 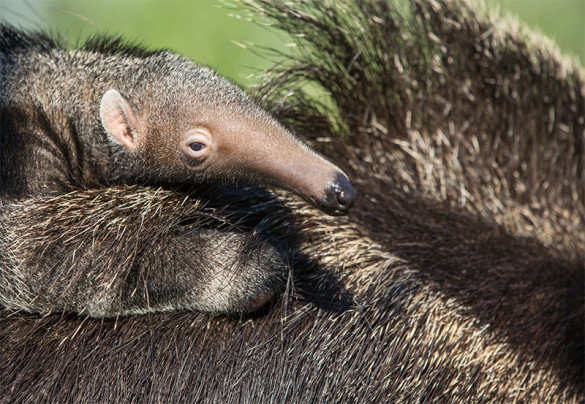 Giant anteaters are solitary animals from the tropical forests of Central and South America. The International Union for Conservation of Nature (IUCN) lists the giant anteater as vulnerable due to habitat loss and hunting.