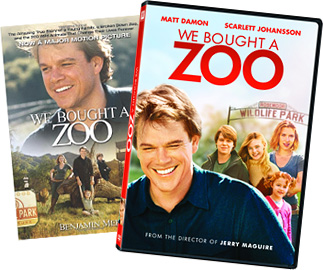 Animal Fact Guide is giving away two prize packs containing the DVD, We Bought a Zoo, and the novel it was based on!

The story follows Benjamin Mee (played by Matt Damon), a Los Angeles newspaper columnist and adventure writer who, as a single father, faces the challenges of raising his two young children.

Hoping that a fresh start and a new life will restore their family spirit, Mee quits his job and buys an old rural house outside the city with a unique bonus feature: a zoo named the Rosemoor Animal Park, where dozens of animals reside under the care of head zookeeper Kelly Foster (played by Scarlett Johansson) and her dedicated team.

With no experience, limited time and a shoestring budget, Mee sets out with the support of his family and the local community to reopen the zoo. Now, Benjamin is no longer reporting an adventure story; he’s living it in his own backyard. 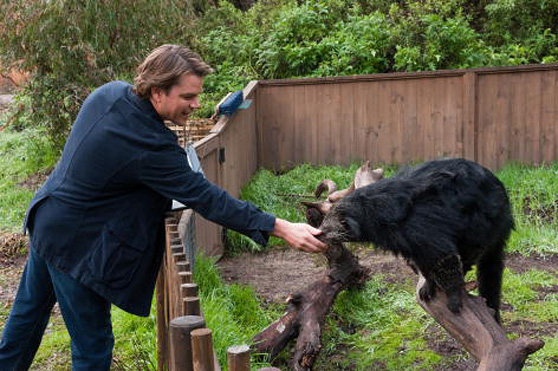 Scene from We Bought a Zoo, starring Matt Damon

If you bought a zoo, which animal would you most like to have in it and why?

Be sure to include your email address, so we can contact the winners for their mailing address. Note: This contest is open to people in the U.S. and Canada only. No P.O. boxes. 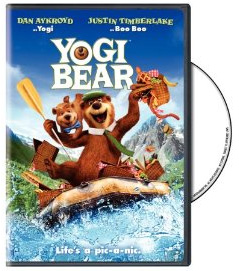 Yogi Bear features everyone’s favorite talking bear Yogi and his adorable sidekick Boo Boo as they raise havoc with their hair-brained schemes in Jellystone Park much to the chagrin of Ranger Smith. When Jellystone is threatened by a logging company Yogi teams up with a documentary filmmaker and must prove that he is indeed “Smarter than the average bear!”

To win the DVD, comment below with your favorite fact about grizzly bears (hint: see our article about grizzly bears) by March 25. Be sure to include your email address, so we can contact the winner for their mailing address. Note: This contest is open to people in the U.S. and Canada only.

UPDATE: Congratulations to Candy from Virginia for winning our contest!