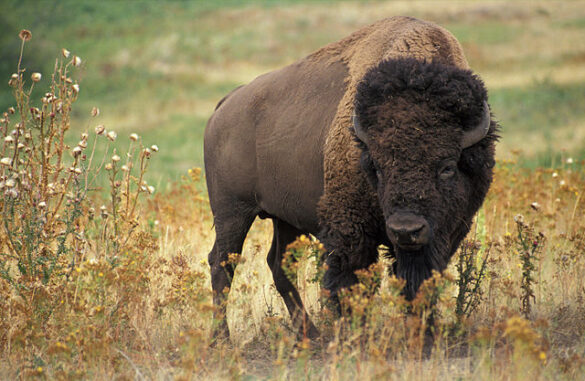 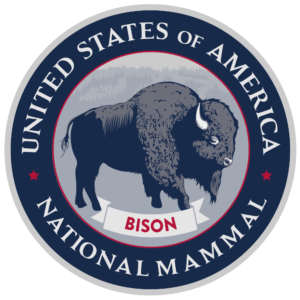 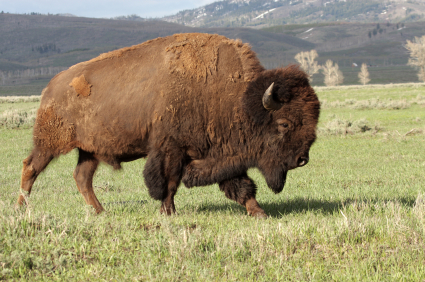 This transfer marks a truly historic occasion for the Blackfeet people, whose cultural identity is strongly wrapped up in the icon of the buffalo (or bison, as they are known scientifically).

“The Blackfeet People were a buffalo people for thousands of years,“ said Harry Barnes, Chair of the Blackfeet Tribal Business Council. “The buffalo provided everything the people needed in the way of food, clothing, and shelter. It provided for so much of our physical needs that it filled our spiritual needs. It connected us to our animal and plant relatives in a way nothing else could provide. The elders have long believed that until the buffalo returned, the Blackfeet would drift. We have started the return.”

In 1873, bison from the Blackfoot land were captured  and formed the “Pablo-Allard” herd. They were sold to to the Canadian government in the early 1900s. The Elk Island bison are the descendants of that herd.

“Today marks the long-awaited return of these buffalo to their original homeland,” said Ervin Carlson, Bison Program Director and President of the Intertribal Buffalo Council. “The Elk Island Buffalo originated from Blackfeet territory and their homecoming enhances the restoration of Blackfeet culture. These animals are culturally and spiritually connected to our people and I believe their homecoming will begin a healing of historical trauma to the Blackfeet people. These buffalo will begin the longstanding efforts to restore buffalo to their historical mountain front rangelands.”

More bison could start to live naturally on the prairie with the American Prairie Reserve’s purchase of 150,000 acres of Montana grassland.

The American Prairie Reserve, a non-profit land trust based in Bozeman, Montana, recently purchased a sizable plot of land (150,000 acres) adjacent to the C.M. Russell National Wildlife Refuge.  South Ranch, the purchased land, was originally set up as a cattle ranch and is located 60 miles south of the Canadian border.

In purchasing the ranch, the American Prairie Reserve has taken one step towards their main goal of creating a wildlife preserve larger than the state of Connecticut.  Their goal involves acquiring more land, pulling down the fences that once contained cattle, and allowing the area to return to the natural ecosystem that once existed in that part of the U.S.  This means bison, pronghorn antelope, prairie dogs, and their natural predators free flowing through an uninhabited area of prairie land.

The bald eagle has been the national emblem of the United States since 1782, when it was adopted as a symbol of freedom and its imagery was incorporated into the Great Seal.  Its symbolic status helped people rally around it when it faced extinction in the mid twentieth century due to human encroachment and the pesticide DDT.  In recent years, the bald eagle population has recovered, and it was taken off the endangered species list in 2007.

Similar to the role of national bird, Senator Mike Enzi (R) of Wyoming and Senator Tim Johnson (D) of South Dakota introduced a bill that would recognize the bison as America’s national mammal.  Vast herds of American bison once roamed from Canada to Mexico.  From a population that numbered in the millions, American bison dwindled to near extinction by the 1880s, driven there by American settlers.

Today, bison populations have started to recover.  There are about half a million bison living today. However most of the bison live in commercial herds and carry genes from cattle. Only a few thousand bison are pure descendants of the vast herds that dominated the Great Plains centuries ago.

To urge your senator to co-sponsor the National Bison Legacy Act, which will help preserve this great species and honor it for its significant role in American history, visit Vote Bison and sign the petition. 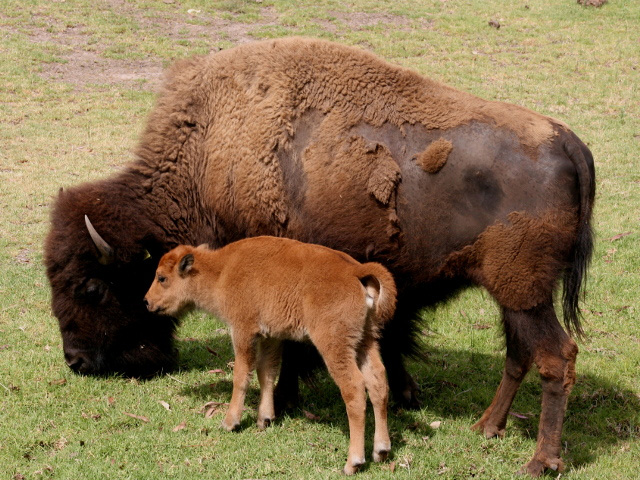 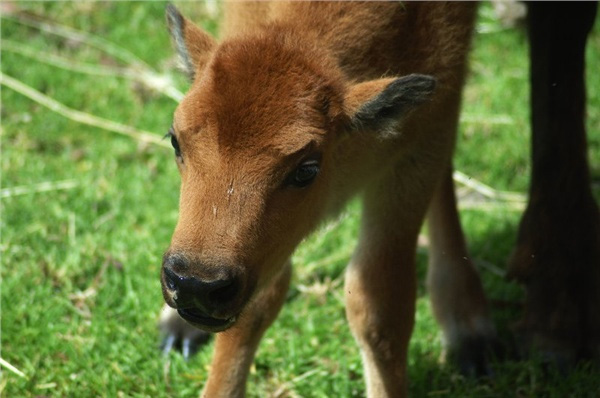 Newborn bison calves have a reddish, light brown coat and lack the distinctive hump of the adult bison. They begin turning brown and developing the hump after a few months.