In our latest poll, we asked Animal Fact Guide visitors, “What is your favorite big cat?” And the winner is… 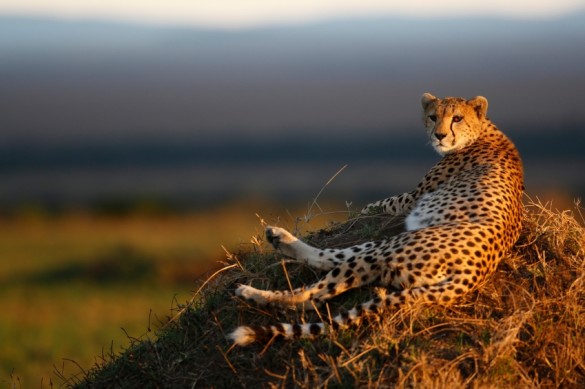 Cheetah was the the top answer, taking 26% of the votes. In second place with 18.5% was tiger.  See all the results below:

Take our NEW poll in the sidebar.  We ask visitors, “What kind of pet(s) do you have?”

The Cincinnati Zoo has announced the arrival of three male cheetah cubs.  The cubs were bred at the zoo’s cheetah breeding facility, Mast Farm, in Clermont County, Ohio.  Two will be transferred to the Columbus Zoo, while the other, Tommy T, will remain at the Cincinnati Zoo in the Cat Ambassador Program.  You can follow Tommy T’s everyday activities in the blog, www.cheetahdays.com.

The success of the zoo’s breeding efforts is significant. Cincinnati Zoo has partnered with the Cheetah Conservation Fund (CCF) in Namibia, Africa, the Columbus Zoo and the De Wildt Cheetah & Wildlife Trust in South Africa to preserve the species.  The IUCN currently characterizes cheetahs in the wild as vulnerable and in decline mainly due to loss of habitat and fragmentation.