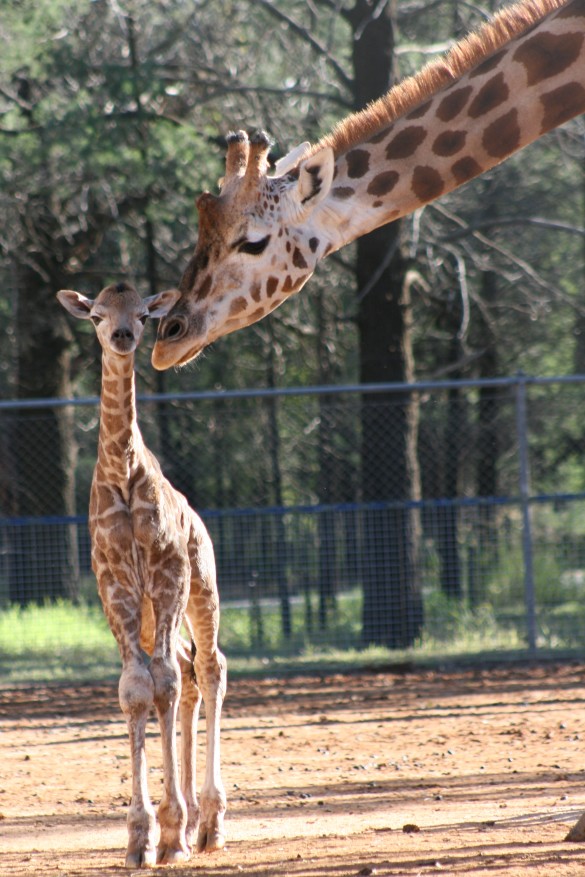 Mother Tulli and father Unami welcomed their new calf on Wednesday, June 19. The yet-to-be named calf is the seventh baby his mother has given birth to.

After only one hour the calf was on his feet and feeding. In one day he was on exhibit with the other giraffes. Talk about a fast grower! 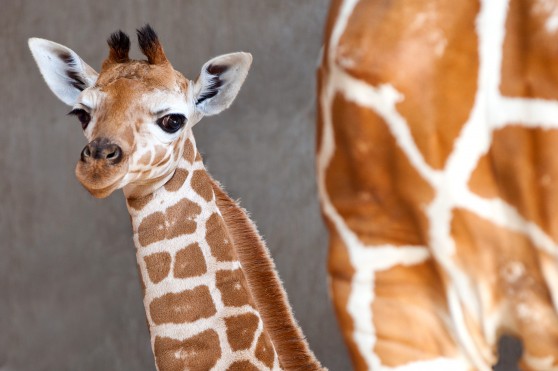 Busch Gardens Tampa Bay has welcomed a new giraffe to their zoo family, raising the total number to 15. The calf weighed 147 lbs when born a few days ago.

Guests to the zoo will not yet be able to see the new baby as it is being cared for by its mother in a private section of the zoo. Once zoo staff determines that the baby is growing properly, both baby and mother will join the other giraffes in the Serengeti Plains exhibit where visitors can view the giraffes via safari-style tour or the Skyride.

The zoo is expecting another baby giraffe before summer. 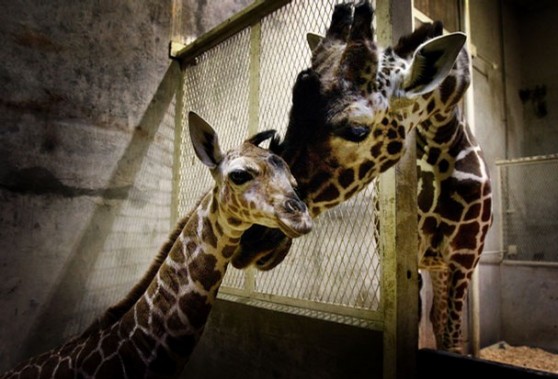 Baby Akili was born at the Memphis Zoo on Thursday, expanding the zoo’s giraffe family to seven. Although born outside in public view, Akili will be kept inside until the weather warms. She was 6 feet 2 inches tall and weighed 125 lbs at birth.

Her name is Swahili for intelligent.

Read more about baby Akili at The Commercial Appeal. 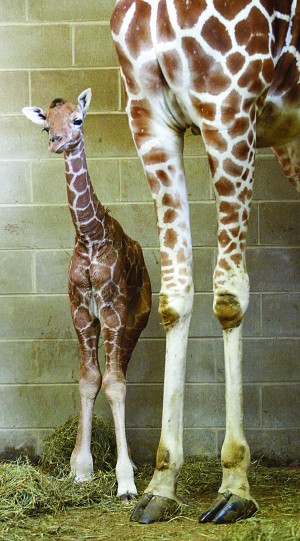 Niabi Zoo in Illinois has welcomed a baby giraffe into their animal family. A newborn giraffe is nearly the size of a full-grown human. This baby was six feet tall and weighed 150 lbs.

Zoo keepers were on hand for the birth and a vet checked out the baby. He is doing well and progressing naturally.

The baby is yet to be named and will not be able to be seen by the public until May, when the park opens for the season. 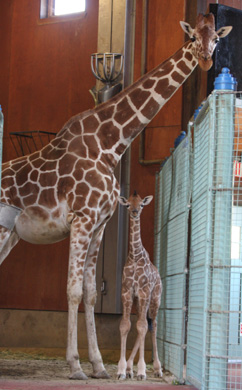 Yesterday, a baby giraffe was born at the San Francisco Zoo. The calf, sex to be determined, is walking on all fours and following mother Kristin.  This is the second baby giraffe born this year at the zoo.