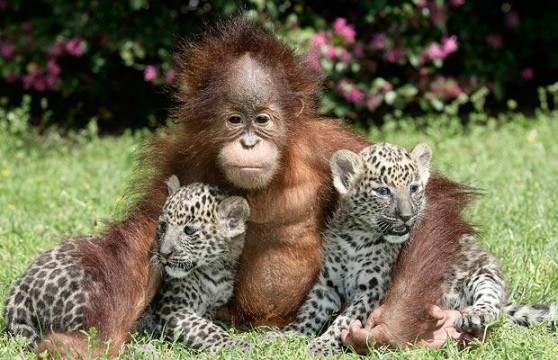 The Daily Telegraph, a newspaper based in London, has released its annual slideshow of cute animals.

Visit the Telegraph to see them all.

For the first time octopuses have been observed using tools. Researchers discovered that veined octopuses, found off the coast of Indonesia, use coconut shells to build armor for themselves. The octopuses where spotted collecting coconut shells and taking them when they moved to protect themselves from potential predators.

This marks the first time an invertebrate has been discovered to use tools. 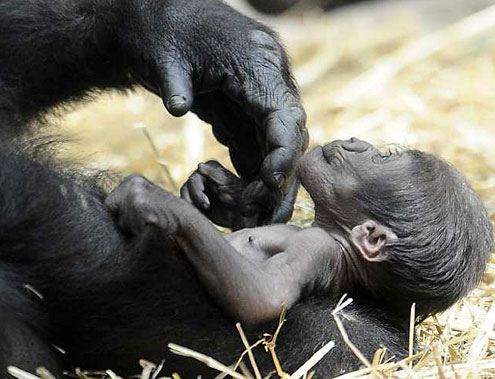 Gana, a gorilla living at the Allwetter Zoo in Germany has given birth to a daughter named Claudia. Mother and baby are reported to be doing well.

Gana was in the news last year after her baby, Claudio died at three months of age. Gana was so distraught at his death that she carried the body with her for several days trying to revive him.

She has had one other baby, a female named Mary Zwo that currently resides in a zoo in Stuttgart, Germany.

For more, visit the LA Times.

Check out the latest article added to Animal Fact Guide:

Koala
Koalas have special adaptations that enable them to feast on eucalyptus leaves. Eucalyptus leaves are highly fibrous and poisonous to other animals. But koalas have bacteria in their stomachs that break down the fiber and toxic oils and allow them to absorb 25% of the nutrients.
Learn more about koalas » 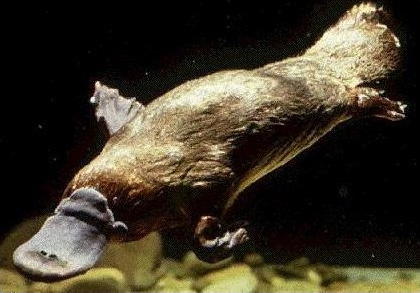 Scientists have turned to genome sequencing to determine how to categorize the platypus. With the help of a female platypus named Glennie, scientists have found that there are reptilian, avian and mammalian genome features present. These findings help prove that the unique platypus really is in a class by itself.

For more interesting facts about how the platypus is unique, visit Animal Fact Guide’s article: Platypus