Have you ever seen a tarantula? A tarantula is a large hairy spider. One species of tarantula, the Goliath birdeater, is actually the biggest spider in the world, with a leg span up to 28 cm (11 in.) long! 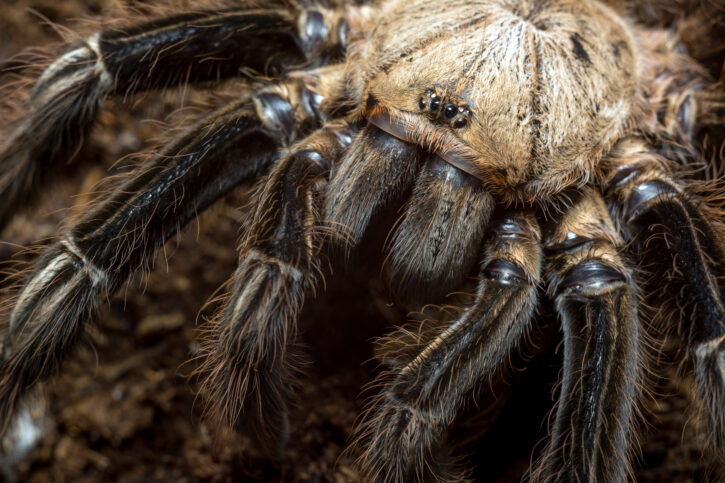 Like all spiders, a tarantula’s body is made up of two sections: an abdomen and a cephalothorax. The cephalothorax is the spider’s head and thorax (midsection of their body) fused together. Connected to the cephalothorax are eight legs. 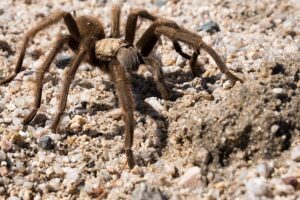 There are about 900 species of tarantula. They live in many places around the world, including the southwest United States, Mexico, Central America, South America, Australia, Southern Asian and Africa.

Some tarantulas make underground burrows, built in dry ground in deserts and grasslands. Others live in caves, cliff sides or trees.

Unlike many other spiders, tarantulas do not depend on a web to catch their prey. Instead, they grab their prey and sink their fangs in. This injects a mild venom that paralyzes their catch. Then they secrete an enzyme to liquify the prey, which they slurp up with their ‘sucking stomach’. Tarantulas hunt at night. The common prey of tarantulas includes a variety of insects, as well as small reptiles. Despite its name, the largest species of tarantula, the Goliath birdeater, rarely eats birds.

Tarantulas have some predators in the wild, including lizards, snakes, and birds that are large enough to eat them. Their most unique predator is the tarantula hawk, which is a type of wasp. The female tarantula hawk will sting and paralyze the tarantula, then lay an egg on the spider. When the egg hatches, the newborn will eat the tarantula.

On average, male tarantulas live for about 7 years, and females can live up to 30 years. 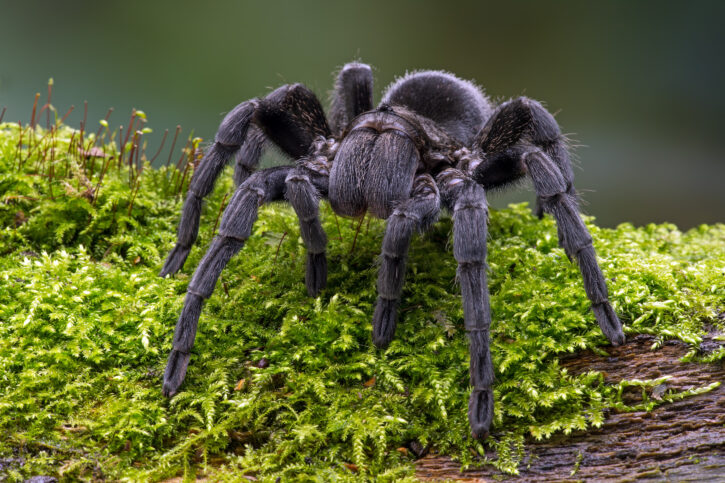 When they are ready to mate, male tarantulas will leave the safety of their burrow to search for a female. They seek out and follow the scent of the females. When they meet, the male and female must decide if they are compatible. They do this through a courtship dance. If they are compatible, the two tarantulas mate. The males will die within a few months of mating.

Females will lay a clutch of up to 1000 eggs in a web that she seals and protects. She will stay for 1.5-2 months until the eggs hatch. The baby tarantulas, called spiderlings, will leave to live on their own after a few weeks.

Wild populations of tarantulas are declining in many of their natural habitats, and several species of tarantula are considered endangered by the IUCN Red List. Habitat loss and smuggling are two reasons why populations are falling. There are regulations in place to stop tarantulas from being imported into the United States for pet trade.