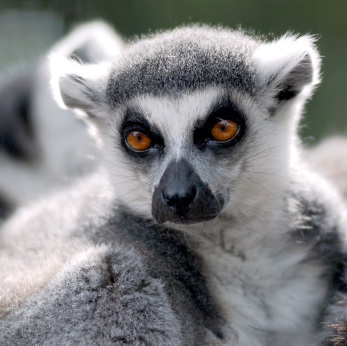 Found only in the southern part of Madagascar in the dry forest and bush, the ring-tailed lemur is a large, vocal primate with brownish-gray fur and a distinctive tail with alternating black and white rings.

Male and female ring-tailed lemurs are similar physically. They are roughly the same size, measuring about 42.5 cm (1.4 ft.) from head to rump and weighing roughly 2.25 kg (5 lb.).

When born, a ring-tailed lemur baby weighs less than 100 g (3 oz.). The newborn is carried on its mother’s chest for 1-2 weeks and then is carried on her back. At 2 weeks, the baby starts eating solid food and begins venturing out on its own. But the juvenile is not fully weaned until 5 months of age.

Although they are capable climbers, ring-tailed lemurs spend a third of their time on the ground foraging for food. They range far to find leaves, flowers, bark, sap, and small invertebrates to eat. When the lemurs travel over ground, they keep their tails in the air to ensure everyone in the group is in sight and stays together. 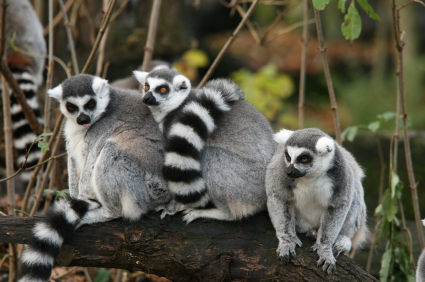 Aside from using visual cues, ring-tailed lemurs also communicate via scent and vocalizations. They mark their territory by scent.

A male lemur will also engage in stink fights during mating seasons, wiping his tail with the scent glands on his wrists and waving it at another male while staring menacingly. Eventually one male will back down and run away.

Ring-tailed lemurs are considered endangered by the IUCN Red List. The main threat to their population is habitat destruction. Much of their habitat is being converted to farmland or burned for the production of charcoal. However, the ring-tailed lemur is popular in zoos, and they do comparatively well in captivity and reproduce regularly. In captivity, ring-tailed lemurs can live for nearly 30 years, compared to up to 20 in the wild. 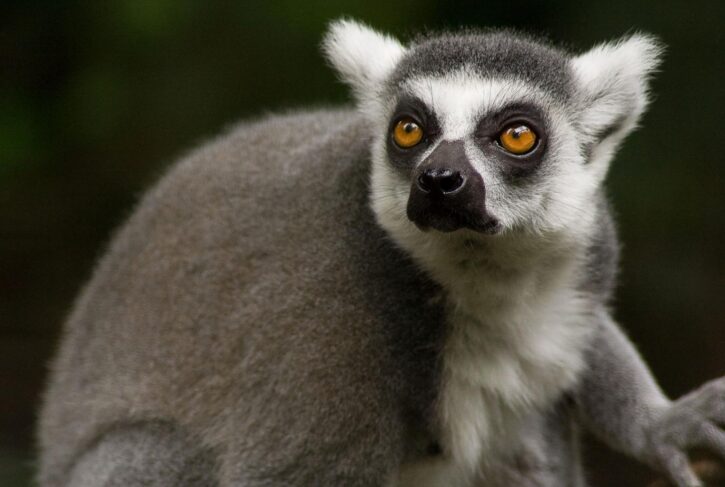 You can help ring-tailed lemurs by contributing to the Lemur Conservation Foundation through volunteer work or donations. The WWF also provides the opportunity to adopt a lemur. The money donated goes to help establish and manage parks and protected areas in Madagascar. 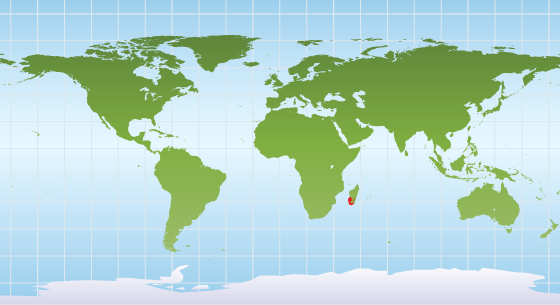 The ring-tailed lemur is found only in the southern part of Madagascar in the dry forest and bush.

Blog Posts about the Ring-tailed Lemur