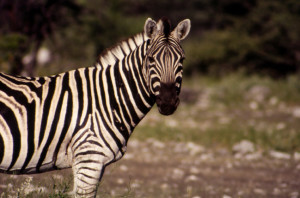 Black and white stripes make the zebra one of the most recognizable animals in the world. The plains zebra, also known as the common zebra, is the most abundant of three species of zebra, inhabiting the grasslands of eastern and southern Africa. The other two species are Grevy’s zebras and mountain zebras.

On average, plains zebras are smaller than the other two species of zebra. They range in height from 1-1.5 m (3.5-5 ft.) and can weigh almost 450 kg (1000 lbs.). Plains zebras also have a different stripe pattern than the other species. They have broad stripes that run horizontally towards the back and vertically towards the front, meeting in a triangle in the middle of their bodies. They also have a stripe that runs down the center of their backs onto the tail. Finally, plains zebras have underbelly stripes. Although all plains zebras share these similarities in stripe patterns, no two zebras have exactly the same pattern. 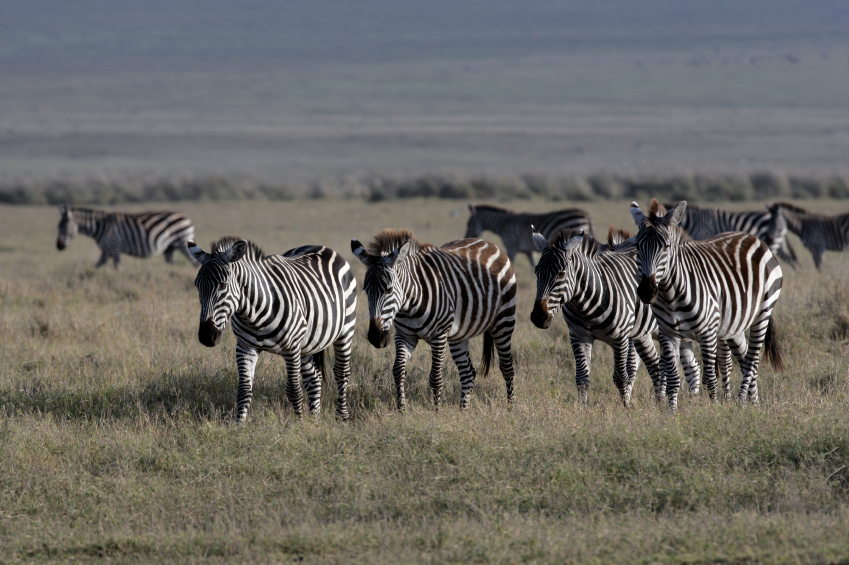 Zebras have very good hearing and eyesight, which helps them stay clear of predators such as lions, hyenas, and cheetahs. It also helps that they can run 56 km/h (35 mph) and pack a powerful kick. If one zebra spots a predator, it lets out a sharp two-syllable call. The young and female zebras run, while the males trail behind to defend them. If one is attacked, others circle around to help protect it from predators.

Plains zebras are herbivores, meaning they eat plants. They spend the majority of their day eating, mostly grazing on grass, but also eating leaves and stems. To keep up with the frequent grinding of these foods, zebras’ back teeth continue to grow throughout their lives. 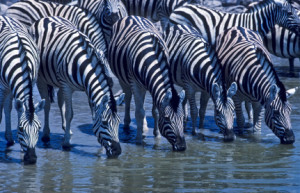 Zebras are known to travel great distances to find food and water when the dry season arrives.

When not eating or traveling, zebras do take the opportunity to sleep. In fact, they sleep standing up! But zebras only sleep when they are in large groups so that they can be alerted of danger.

A typical plains zebra family consists of a male, called a stallion, several females, called mares, and their children. When a female becomes pregnant, it takes 13 months to have the baby, called a foal. These family groups are called harems. The harems will often join with other families to form large herds.

Zebras can live up to 25 years in the wild.

The plains zebra is listed by the IUCN as near threatened, with their populations decreasing. Plains zebras are threatened by habitat loss due to human development and farming. They are vulnerable to hunting throughout their range, especially when they move out of protected areas. Many are hunted for their skins.

If you would like to help the plains zebra, you can donate to the African Wildlife Foundation, whose initiatives help preserve critical zebra habitat and wildlife corridors. 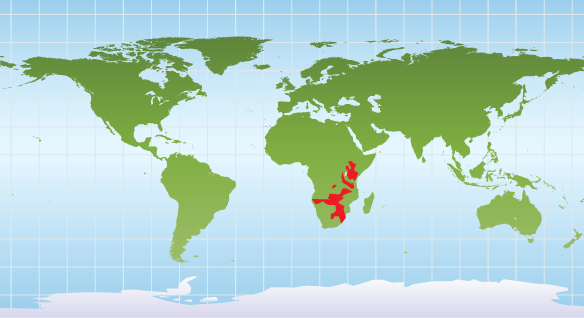 The plains zebra, also known as the common zebra, is the most abundant of three species of zebra, inhabiting the grasslands of eastern and southern Africa.

Blog Posts about the Plains Zebra