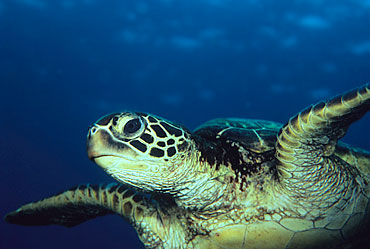 The dorsal shell of the green turtle, or carapace, is wide, smooth, and brownish-olive in color. The underside of the shell, or plastron, is yellow. Green sea turtles are so named for the greenish hue of their skin. Their heads  cannot retract into their bodies, despite the common misconception that they can. Reaching speeds of up to 56 km/h (35 mph), their streamlined shell and paddle-like flippers aid in their ability to swim quickly and with grace.

With features well-adapted to sea life, their agile mobility underwater does not carry over to their travels on the beach. On land they move slowly, laboriously pulling themselves along with their flippers. But in general, green turtles only venture onto land to lay their eggs. Females lay eggs every 2-4 years once they are sexually mature.

To reach their nesting grounds, green turtles migrate long distances, traveling back to the beaches where they were born. After mating in the shallow waters near shore, female turtles climb onto the beach and lay their eggs in a pit. They lay 100-200 eggs at a time and leave them alone for 2 months before they hatch. Once the baby turtles hatch, they must crawl to the water and avoid a multitude of predators, including birds and crabs. 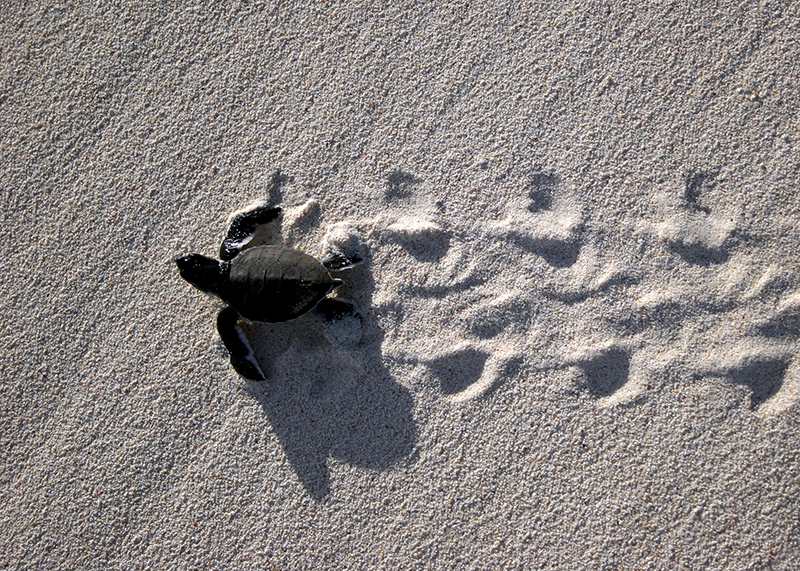 Green sea turtles feed on crabs, jellyfish, and other creatures as juveniles. As adults they become herbivores, primarily eating sea grasses and algae. 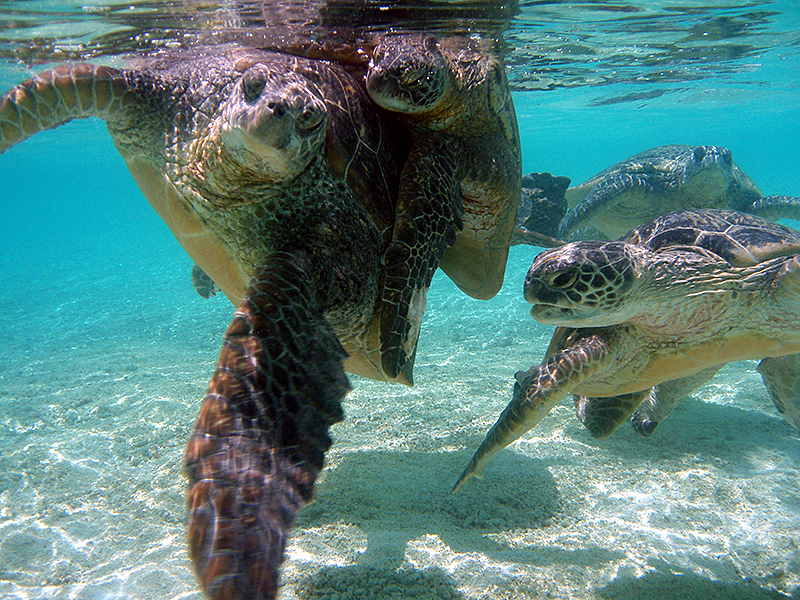 There are efforts to lessen the amount of turtles and eggs harvested in many countries. In addition, many countries are trying to protect the nesting and foraging grounds. They are protected under many treaties and laws.

Green sea turtles can use as many advocates as they can get. Make sure you do not purchase products made from this endangered species. Also, if you live an area that green turtles use for nesting, you can lead a community effort to protect the beaches they nest on. 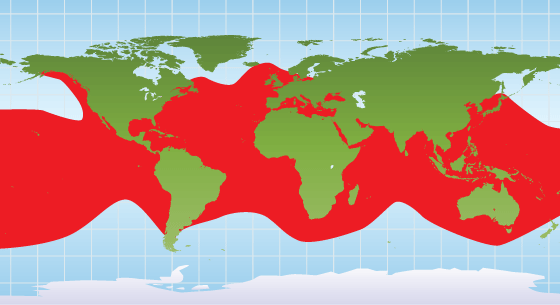