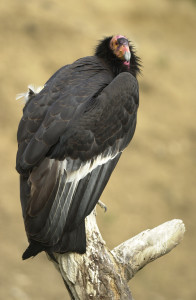 With a wingspan reaching 3 meters (10 ft.) long, the California condor is the largest flying bird in North America. They inhabit the forests, rocky shrubland and oak savannas of California, Arizona, Utah and Baja California, Mexico. This New World vulture is distinguished from other birds by its large black body with white triangles under-wing and its red-orange bald head.

They can travel 150 miles per day in search of dead animals to scavenge, which include large mammals like cattle, deer, and sheep as well as smaller mammals like rodents and rabbits. Without a good sense of smell, they rely solely on their keen eyesight to find food. Many times, they simply look for groups of other scavengers and use their size to scare them off the carcass. They can eat over 1 kg (2-3 lbs.) of food at a time, and then go for days without eating anything. 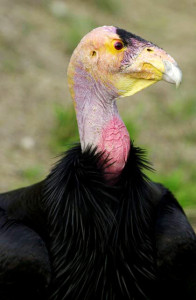 California condors are uniquely adapted to carrying out their role as nature’s cleanup crew. With a robust immune system, condors do not get sick when feasting on carrion (dead animal flesh) despite consuming various strains of bacteria. Although they do not have sharp talons, they have long, powerful beaks which can tear through tough hides. Their heads are bald for hygienic reasons; a featherless face stays cleaner when submerged into carcasses. After feasting, California condors bathe frequently in rock pools and spend hours preening their feathers. If water is not available, they clean their heads and necks by rubbing them on grass, rocks, and branches.

Living an average of 60 years, California condors are slow to mature and reproduce. At 6-8 years old, they start to breed. A male condor will perform ritualized displays to attract a mate. The skin on his head may turn an intense red-pink color during courtship. Once bonded, condor pairs perform acrobatic flights together. The pair will stay together throughout the years unless one is lost or they are unsuccessful in breeding.

California condors lay their eggs in caves, rock crevices, or large trees (like redwoods or sequoias). They do not build nests but instead just lay the egg directly on the floor of the cave, cavity or tree hollow. They sometimes move rocks around with their beak to improve the nesting site.

Every two years, the female will lay just one egg. If it is removed, she can lay a replacement egg a month later. The male and female share in the responsibility of rearing the young. They alternate in incubating the egg for a few days at a time. Once the chick hatches, they take turns feeding it (by regurgitation) and warming it. At 5-6 months, the fledgling practices flying, and by two years, the juvenile is ready to forage on its own. 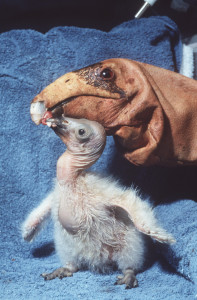 Once ranging from Canada to Mexico along the western coast, California condors neared extinction in the late 1970s, with only a few dozen birds in existence. By 1987, there were only 10 California condors living in the wild. Biologists brought them all in for a captive breeding program.

Due to the diligent efforts by staff at the San Diego Wild Animal Park and the Los Angeles Zoo as part of the California Condor Recovery Plan, the condor population grew, and they began to be released back into the wild in 1992. Currently, there are around 400 California condors alive in total, with a little over 200 living in the wild. But the California condor is still considered critically endangered by the IUCN Redlist.

Their population continues to be threatened by poison ingestion, most notably by lead poison from hunters’ bullets left in carcasses. Other threats include illegal egg collection, habitat loss, and power lines.

Write to your senator or congressperson encouraging a nationwide ban on lead bullets. Hunters can use copper bullets for ammunition instead which do not harm California condors if they ingest them. You can also help condors by donating to the Friends of the California Condor, Wild & Free nonprofit group, which focuses on outreach events, education programs, and advocacy for the endangered animal. 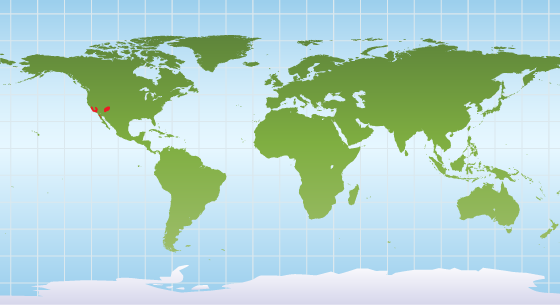 Blog Posts about the California Condor