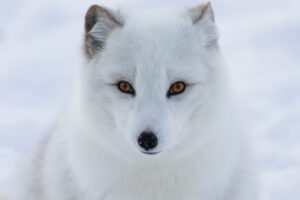 Imagine spending every day in the winter in below freezing temperatures, being pushed around by strong wind gusts. What would you need to stay warm? For the arctic fox, staying warm in the arctic tundra, in temperatures as low as -50°C (-58°F), means having dense fur, a nice thick layer of fat, and a compact body to retain heat.

They have bushy tails that they can wrap around themselves for extra warmth while they sleep. They also have fur on the bottom of their feet. This helps them conserve heat and provides traction so they don’t slip on the ice. 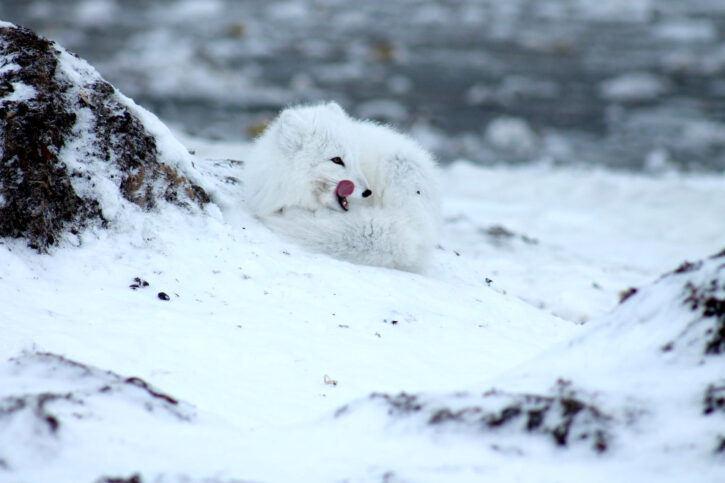 But not everyday in the arctic is cold. In the summer months, the arctic fox adapts to the warmer weather. Their thick white fur thins out and turns grayish brown or blue to better blend in with the snowless surroundings. 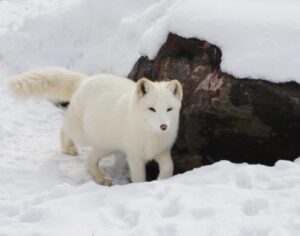 Arctic foxes make their home in a den they dig out of the earth or snow. They may also create their den under a pile of rocks. Every den will always have at least two entrances. They move their den throughout the year because they travel to find food.

Arctic foxes are meat-eating hunters and opportunistic eaters. They primarily hunt for small rodents called lemmings. However, they also eat fish, birds, and other rodents. They have also been seen following larger predators, like polar bears or wolves, to eat their leftovers. Although they generally eat meat, they will also eat berries.

In the spring and summer, arctic foxes live in family groups, consisting of a male, a female, and their kits. The kits are weaned when they are 2-4 weeks old. Sometimes another female without her own kits will help raise kits in their group. Other times, several females will live together in a large den. 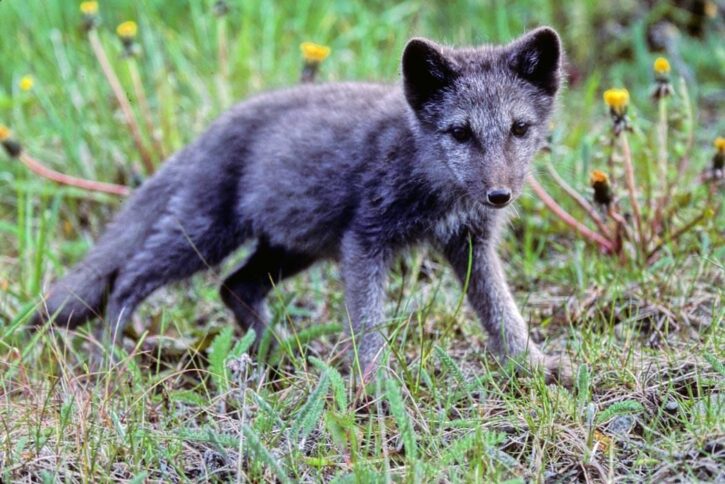 Predators of the arctic fox include polar bears and wolves. They are also hunted by humans. The typical lifespan for an arctic fox in the wild is 3-6 years though they could live up to 10 years.

The conservation status of the arctic fox is stable according to the IUCN Red List. However, they can become at risk if pollution and climate change continue to affect their habitat. 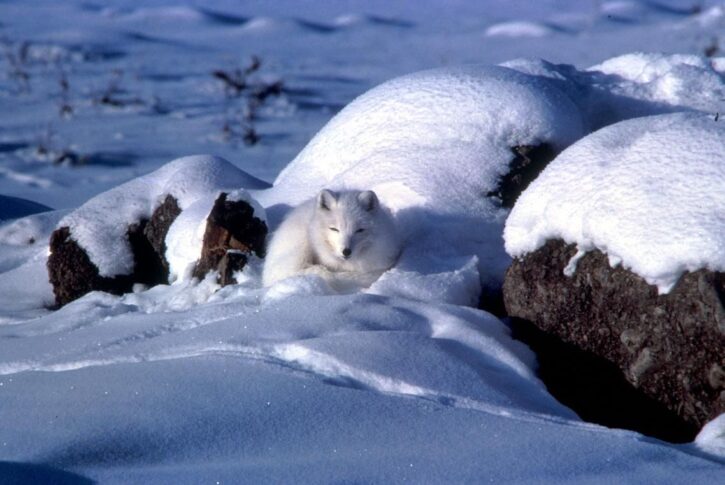 You can help by making lifestyle changes that help curb pollution and global warming. You can also symbolically adopt an arctic fox through WWF. 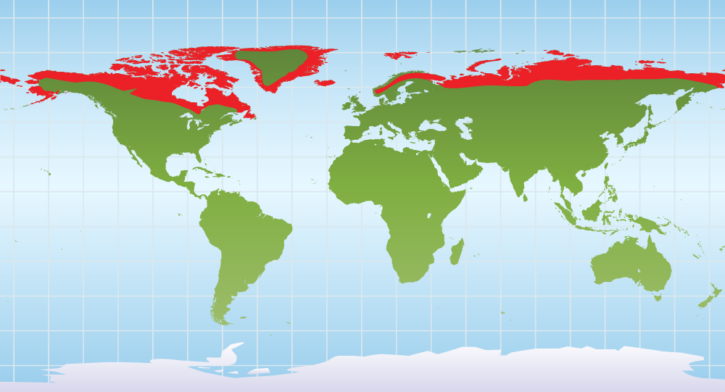 Arctic foxes live north of the tree line in the Arctic and alpine tundra, coastal areas, and on ice floes.