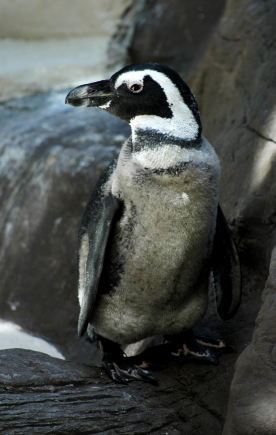 When you think of penguins, you may picture them surrounded by snow and ice. However, there is one species of penguins that is acclimated to warmer climates. African penguins live in colonies on the coast and islands of southern Africa.

Also called jackass penguins, they make donkey-like braying sounds to communicate. They can dive under water for up to 2.5 minutes while trying to catch small fish such as anchovies and sardines. They may also eat squid and crustaceans.

The African penguin averages about 60 cm (2 ft.) tall and weighs up to 3.6 kg (8 lb.). Their short tails and flipper-like wings that help them navigate in the water, while their webbed feet help propel them.

To keep dry and insulated in cold water, African penguins are covered in dense, water-proof feathers. These feathers are white on the belly and black on the back, which aids in camouflage. Their white belly will blend with the light when predators look up at them from below, and their black backs meld with the darker seas when predators look down on them from above.

African penguins breed within their colonies; they do not travel to give birth. The penguins nest in burrows they dig out of their own excrement, called guano, or in areas under boulders or bushes. Recent removal of the guano for fertilizer has forced the penguins to change their habits and nest primarily under bushes and boulders. Their nests protect eggs and chicks from the sun and from predators like cats and seagulls. Eggs are laid in pairs and both parents help incubate them. Both parents also feed the newly-born chicks. After 2-4 years, the chicks will mature and lay their own eggs. 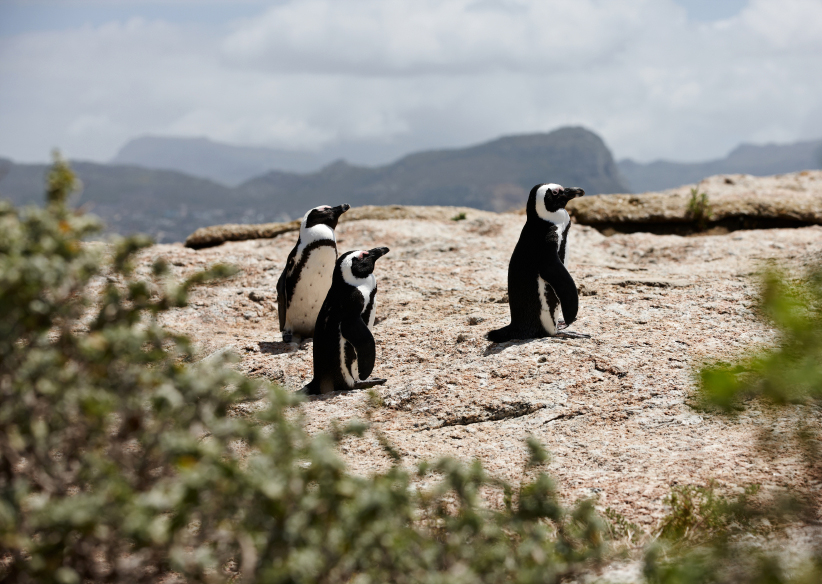 African penguins can live for an average of 10-15 years, however many do not reach their full life span, and populations have been steadily decreasing. The loss of nesting places due to guano removal has contributed to the population decline as well as a decrease of food due to overfishing and pollution. As such, African penguins are now considered endangered by IUCN’s Red List. This means there is a high risk they may become extinct.

If you would like to help the African penguin, you can volunteer, donate, or adopt a penguin through the Southern African Foundation for the Conservation of Coastal Birds. 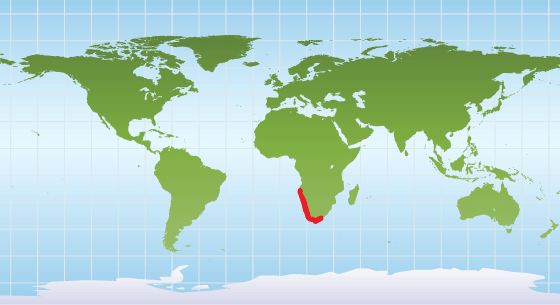 African penguins live in colonies on the coast and islands of southern Africa.

Blog Posts about the African Penguin