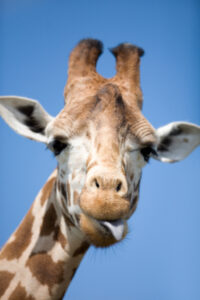 14 thoughts on “Scientists Finally Discover What Sound the Giraffe Makes”