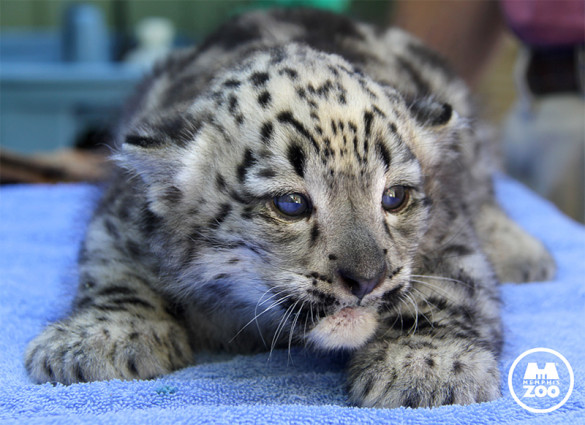 The Memphis Zoo announced the birth of a baby snow leopard!  The male cub was born to parents Ateri and Darhan. Ateri is a first-time mother and is nursing the cub behind the scenes.

“Ateri is a great mother,” says Matt Thompson, Director of Animal Programs. “This was her first cub, and everything is going smoothly.”

In the wild, snow leopards inhabit Central Asia.  It is estimated there are only 4000-6500 snow leopards remaining, according to the IUCN.