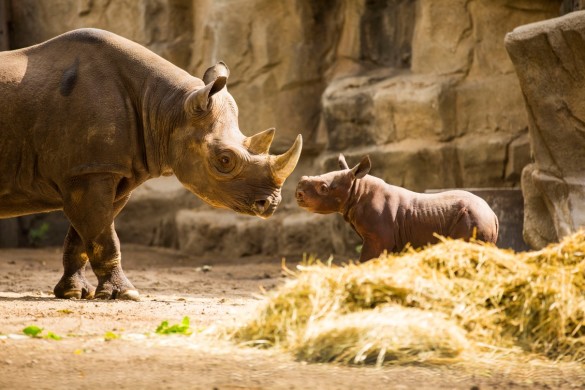 King, with his mother Kapuki by his side, makes his public debut. Photo by Todd Rosenberg/Lincoln Park Zoo

Newly-named Eastern black rhinoceros calf, King, made his public debut today at the Lincoln Park Zoo. The baby rhino, who already weighs in at 200 pounds, thrilled zoo-goers as he trotted out into the Harris Family Foundation Black Rhinoceros Exhibit, exploring the sights and scents. He and his mother Kapuki had been bonding behind the scenes since his birth on August 26.

In the wild, Eastern black rhinos are critically endangered due to poaching. It is estimated that there are only 5000 left in the wild in Africa. 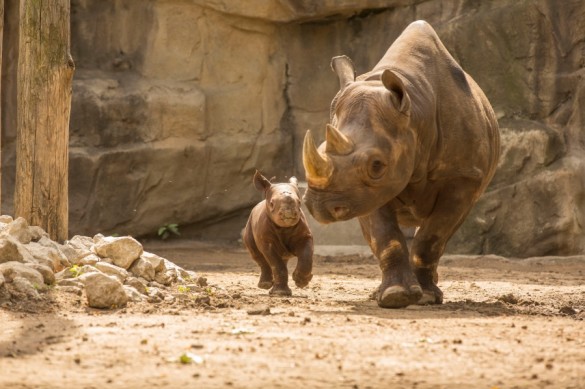 “Breeding programs at zoos are of crucial importance to the survival of these remarkable animals, particularly as the numbers in the wild continue to dwindle,” said Lincoln Park Zoo Curator of Mammals Mark Kamhout. “King will serve as an excellent ambassador for his species.”