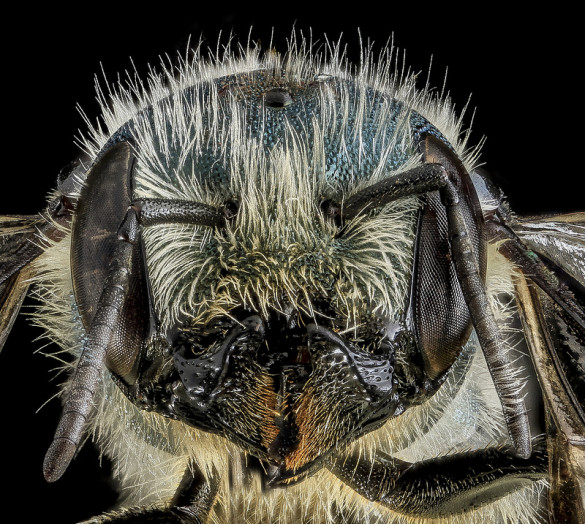 The U.S. Geological Survey Bee Inventory and Monitoring Lab has been studying the decline of bees over the past ten years. According to Sam Droege, who heads the lab, there are 4,000 bee species in North America, but most people can’t identify the different species.

“We [needed] really high-definition pictures that people can drill into and say, ‘You know the pattern of the crosshatching between the pits on the skin of the upper part of the bee is really different than this one.'” 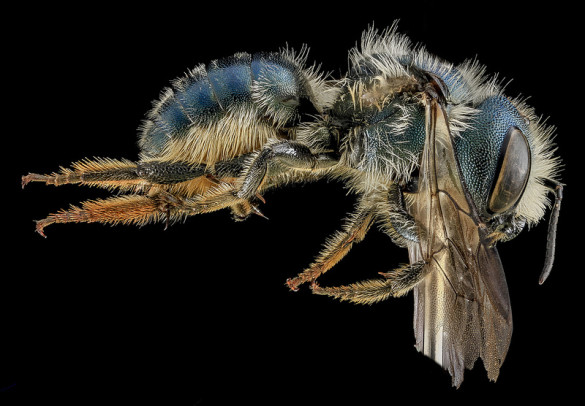 So Droege developed a system of taking high-definition photographs of the bees in order to document their specific features. Using a high-quality 60 mm macro lens and a device called a StackShot Rail, he takes a series of photos in increments where various parts of the bee are in focus. He later uses program called Zerene Stacker to combine the photos into a single, high-def photo all in focus.

You can learn how to take your own high-resolution photos of insects by watching the video below:

For more information, see NPR’s “Beauty is in the Eye of the Bee-Holder”.