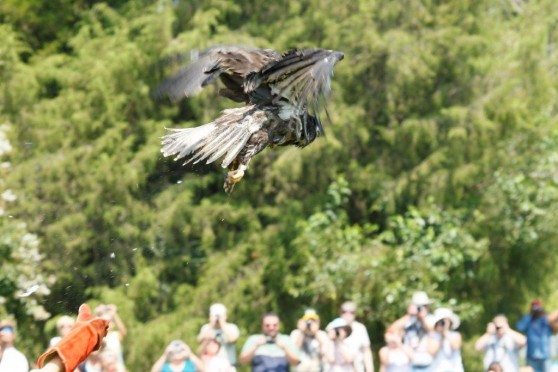 On Wednesday, the Wildlife Center of Virginia had cause for celebration when they released five juvenile bald eagles into the wild.

Three of the eagles were famous because a webcam had been tracking their daily activities in their nest at a botanical garden.  However, when their mother was killed after being struck by an airplane in April, webcam viewers became concerned for the chicks and alerted the wildlife rescuers. So the Wildlife Center of Virginia took the chicks into their care.

The other two eaglets were rescued independently; one was found in a landfill with its wing caught in some netting, and the other was found in a field in an emaciated condition.

For more information about the eagles’ release, see: