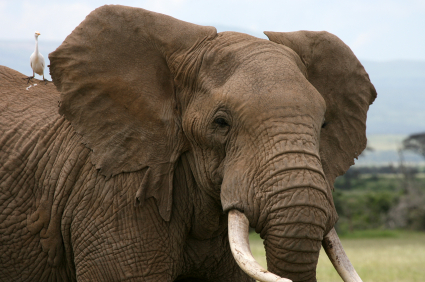 Researchers from the journal Science have concluded that elephants in European zoos have shorter lifespans than elephants living in protected areas in Africa. Specifically, they have calculated the median lifespan for a zoo-born African elephant to be 16.9 years as compared with 56.0 years in a protected park.  Similarly, Asian elephants born in a zoo live 18.9 years as compared with 41.7 years.  Researchers have also found that although survival rates have improved in recent years, mortality rates for elephants in zoos is still significantly higher.

Causes of the shorter lifespans can be attributed to disease, infanticide, obesity, and stress.  In the wild or in protected parks, elephants are able to roam vast distances with their herd.  At zoos, space is more limited, thereby accounting for some issues like obesity and stress.

The Association of Zoos and Aquariums (AZA) has sharply criticized the study, noting that data was collected from only European zoos as opposed to North American zoos. Further, the AZA contends that the study is flawed because it does not take into account the many elephants who are killed by people in the wild.

For more information about African elephants and what you can do to help them, read Animal Fact Guide’s article: African Elephant.